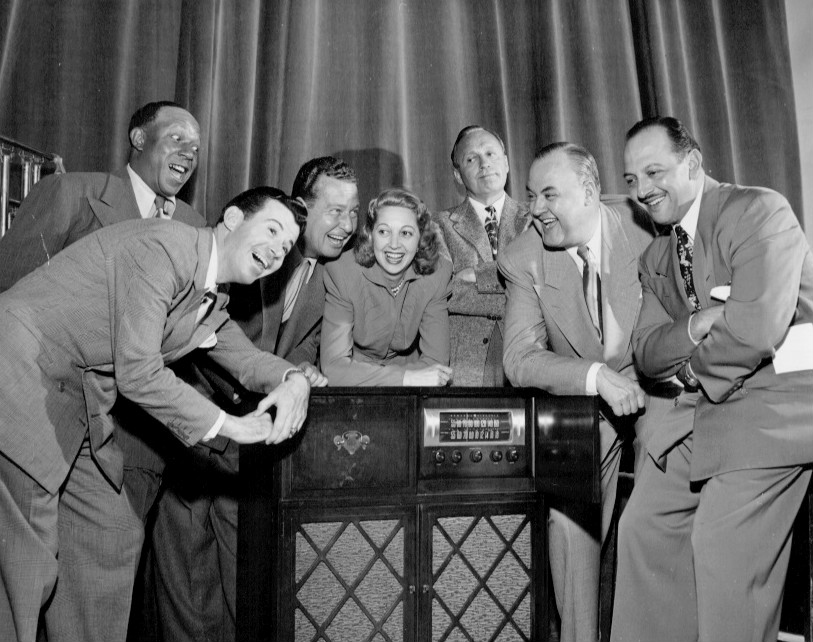 I am a huge fan of the Radio Classics channel on Sirius XM.  I listen to it almost every day on my work commute, and it led me to discover The Jack Benny Program, which has become one of my all-time favorites.

I first started listening to classic radio shows on KNX 1070 AM when I was a kid, thanks to my best friend A.  I’d spend the night at her house and we’d listen to the radio together in the dark before we went to sleep.  Good times!  KNX used to air a variety of different shows every Saturday and Sunday night, but unfortunately they stopped that some time ago.  Thank goodness Radio Classics on Sirius XM has taken up the slack!

But back to Jack Benny.  I’d heard of him, but never heard one of his shows until I started listening to Radio Classics.  It’s hilarious!  I’ve not only discovered some really awesome performers, but I’ve been able to fill in some blanks in my knowledge of early 20th-century entertainment references and connections (especially those featured in Warner Bros. / Bugs Bunny cartoons, but more on that below).

Here are some of my favorite people and things on The Jack Benny Program:

In 1950 the show debuted on television on CBS.  I’ve actually watched a few of these on TV and they’re still good, but I have to admit that some of the really old TV shows seem too slow-paced (even to a nostalgia buff like me). The radio program seemed a little snappier…but I guess I’ll have to give the new-fangled medium of TV a try on this one.