I don’t listen to Elliott Smith that often, because his music is associated with melancholy moods.  But when I do, I continually re-discover the beauty of his singing, playing, and songwriting (both lyrics and melodies).  I’ll probably add to this post periodically (so that it’s a living, breathing thing – rawwr!), but here’s the first in what will be a chronological listing of my Elliott Smith favorites. 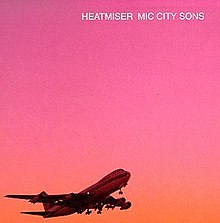 I really love all of the Elliott Smith-penned songs on this album from Heatmiser, the band Elliott Smith was in before going solo. My absolute favorites on the album are “Plainclothes Man,” “The Fix Is In,” “See You Later,” and “Half Right.” The lyrics aren’t quite as fully-formed as those in his solo efforts, but the plaintive and wistful melodies are right there, and you can see how they are the jumping-off point into his first solo album. This album as a whole is definitely more “rockin'” than his solo efforts, which I actually enjoy as a bit of a change from the Elliott Smith most of us know and love.

From Wikipedia comes this quote: “Smith also bemoaned that being in Heatmiser changed the songs he was writing at the time into “loud rock songs with no dynamic.”[1]     So I guess that’s how he felt, and he was probably right, especially for the earlier two albums (which I hated), but I really think his songs do work on this album. Maybe it’s because by the time the band reached this point (their third and final album together), Elliott was able to push harder for his songs to sound (at least closer to) what he wanted. I guess I can do more research on it to prove my “theory,” but for now, this is enough for me, the average fan.  (I’d like to call myself a super fan, but I think I would have to do more to earn that title.)