I am so excited to have begun reading one of the fun books I bought at Borderlands Books during my recent trip to San Francisco. 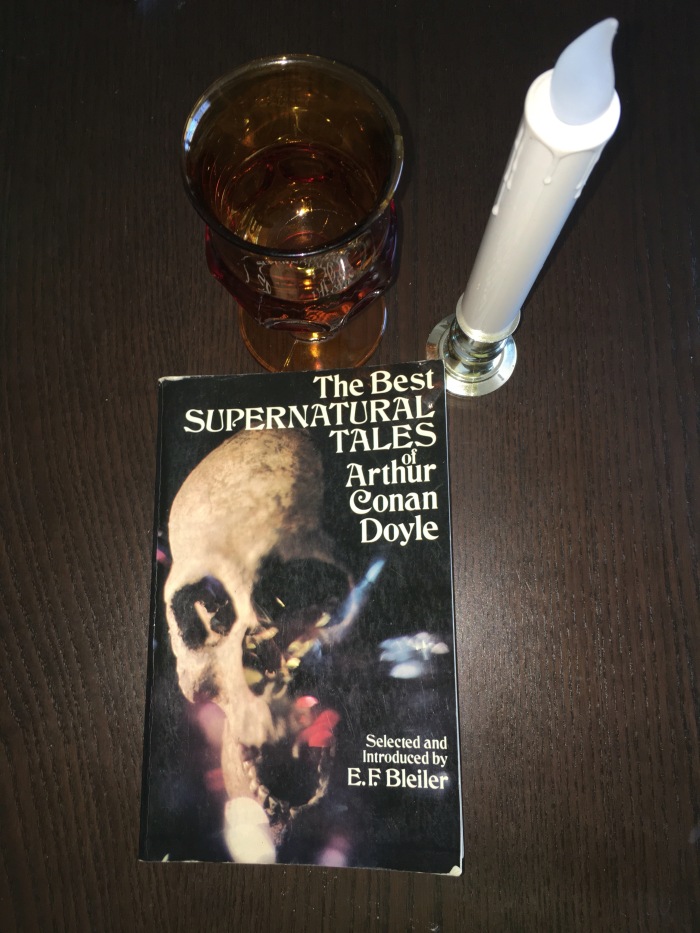 I just finished the first story after reading the intro by EF Bleiler, both of which have made me feel like I got my $5.50’s worth – so far.  I’m planning to research who EF Bleiler is, but so far I see that he’s acute in his assessments and not one to mince words.  In describing Doyle’s conversion to Spiritualism in later life, Bleiler states, “In old age his gullibility was pathetic.” Cripes, man! Gotta find out more about that.

However, just so you know ol’ EFB wasn’t just dissing ol’ ACD, he does say in conclusion that

“Doyle was one of the finest story tellers in modern English literature, and the dynamism of his better work often appeared in his lesser writings. If his weak area is idea, the zest and vitality with which his stories are told, the clear and forceful expression outweigh deficiencies.”

While I do agree that Doyle was one of the finest storytellers (ever), I’ll reserve my own assessment of his supernatural stories until a later date. I’m just excited to be reading a new genre of Doyle after having read all of his wonderful Sherlock Holmes stories.

For now I will say lastly that the book cover reminded me of another awesome Dover book I own, which I could have sworn had the same cover (thrifty reuse?)… 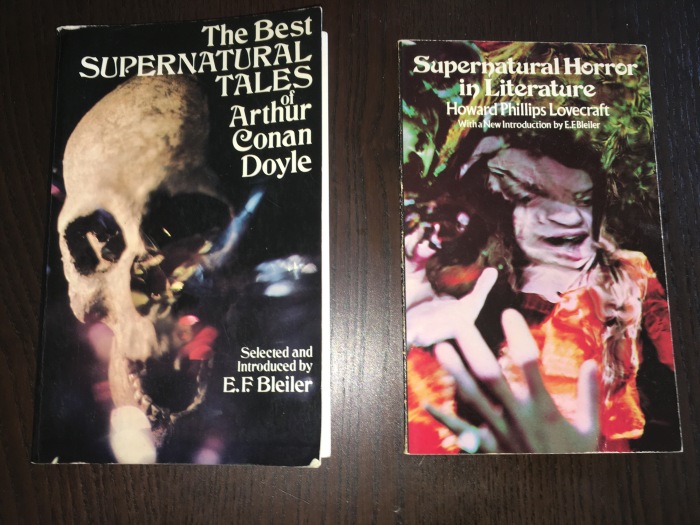 Well I guess it’s similar in style, color scheme, tone and font. The Doyle book was copyrighted in 1979 and the Lovecraft in 1973. Ah, that good ol’ 70s horror.